THE SECRET by E.R. TABIOS (AN UNREADABLE BOOK)

Because of the Richard Odom Stool (click on link and scroll down for a second, updated stool version), the hubby decided to give me an early Valentine's Day Gift: 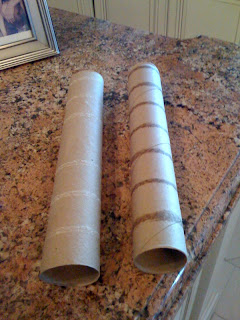 Haha.  Anyway, just as I was about to recyle them, the Muse paused my hand and made me take a second look.  After said second (then third) look, I did this: 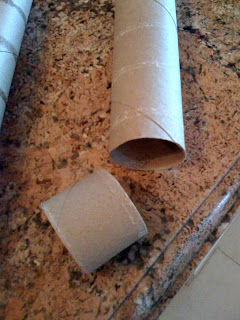 Why did I do that?  Because I suddenly remembered a review of a book I published in Galatea Resurrects, an online poetry review journal that I edit.  Unfortunately, I can't remember the title of the book (though if you want to obsessively read every article in Galatea Resurrects' past 19 issues you no doubt will come across it).  The book was unique in that you couldn't open it.  That's right: an unopenable, thus unreadable, book.  When you peer at it on its side, you will see pages of text.  But it was designed like my crude drawing below so that it could not be opened: 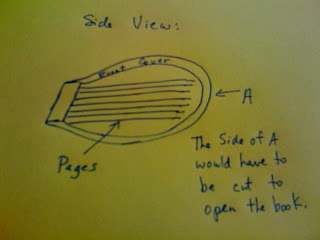 Okay, of course I know better.  So I did start going through the Archives of Galatea Resurrects and, whew, finally found the review I was thinking of in the 11th issue!  The review is by Eric Gelsinger and is of Tawrin Baker's book, So That Even (House Press, Bloomington / Buffalo / Philadelphia / New York City, 2008).  You can click HERE to read the review but, meanwhile, here's an image of Tawrin Baker's book that would come to inspire me nearly five years after I heard of it: 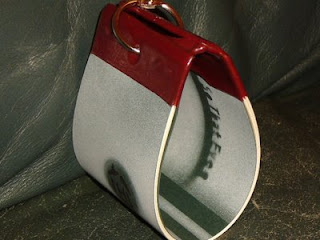 Memory is interesting, isn't it?  If you compare the drawing to the actual image above, you'll see how much my mind "edited" the actual...

Anyway, so I decided to use a slice of that ex-toilet paper roll to become the book cover of a similar such book.  Naturally, I would have to use a title with the word "secret," and after much thought (at least a couple of seconds worth), I decided to title my newest book:

THE SECRET TO HAPPINESS

Then, I had to write it.  I cut out a strip of paper that could later be folded within the cardboard roll.  I chose a yellow-gold paper because color is a narrative (it is!) and I wanted to symbolize the Buddhist color of enlightenment.  I also felt yellow and brown to be a pleasing visual combination.  I also wanted to blather more on all this ... anyway: 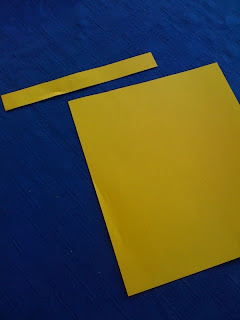 Then, yes, I did write out the text as regards the secret to happiness: 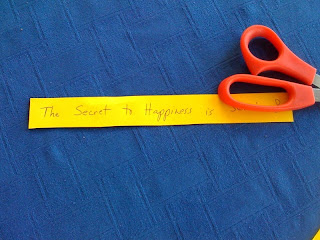 Well, oops: did the scissors inadvertently hide the secret?  Sorry...but to go on... I then inserted one end of the paper into the cardboard roll.  Then I stapled one end for binding: 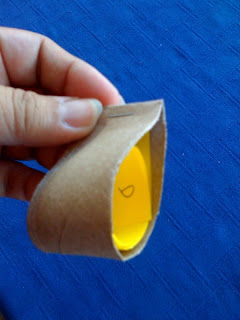 I stapled the other end of the cover, too, so as to prevent a reader's finger from slipping into the roll to coax out the paper bearing the secret of happiness (hah).  After writing the title, the book's "front" cover looks like this: 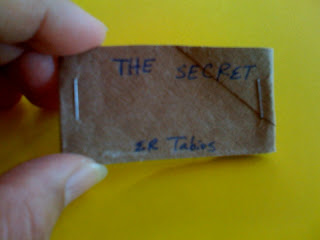 If you look at its side profile, you will see the interior text which cannot be read because the book cannot be opened. 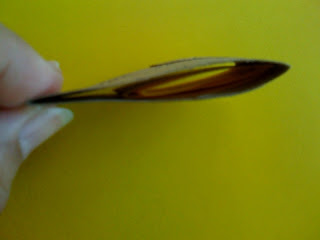 Now, where shall we "shelve" this mischievous book?  But of course!  On one of the Mab Graves stools! 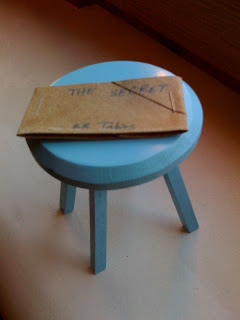 As for the secret to happiness?  Well, it's in more than one of my books, actually.  So since you can't read this one, you could always check moi others ...
Posted by EILEEN at 10:13 PM

Email ThisBlogThis!Share to TwitterShare to FacebookShare to Pinterest
Labels: Books on Chairs, What I Do To Amuse Moiself