TIME IS OF THE ESSENCE by FIL TABIOS

As I've said, this blog--while it's meandered off to many unexpected, wonderful directions--initially stemmed from my interest in design.  That includes graphic design.  Which is how it led to the book Time is of the Essence (supposedly) by my brother, Fil Tabios.  But, first, some background ...

... like everyone else, our family receives a lot of junkmail.  Recently, my mother received a mailer from a jewelry store (gee: I wonder how long she'll still receive mail) that featured the following card: 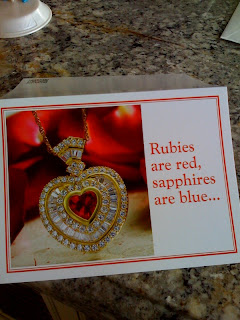 Given the thickness of the card stock and the vibrancy of the image, I immediately thought I could recycle it into a book cover.  I felt I should be able to do something covered by that diamond and ruby pendant.  But when I opened the card, I saw this: 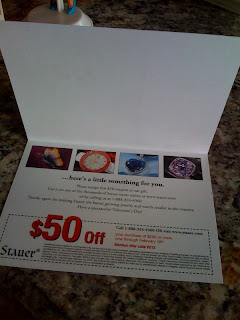 The four small images of the butterfly, watch and two gems made me reconsider my initial thought to use the card image as a cover.  I thought about how the images offered the perfect size for the "Books on Chairs" project.  So, I decided to  decided to focus first on the four small images as front covers to four different books. 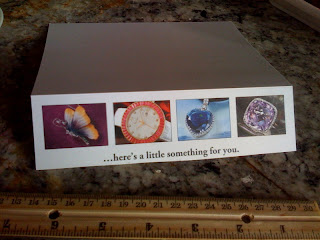 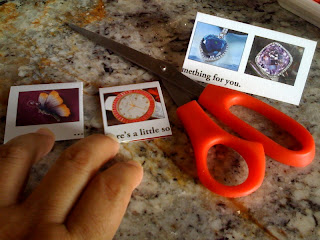 Meanwhile, I had just received that day a letter from my brother with a form I'd been expecting for a while.  I decided to focus on the image of the time piece and improvise something for the interior content involving my brother's letter.  This is what the front cover would come to look like: 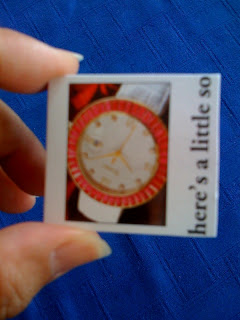 I had included the phrase "here's a little so" on the front cover.  The phrase continued on across the card, "mething for you: 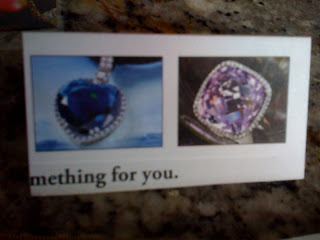 I cut off the phrase and pasted it onto the inside front cover.  I liked the idea that the front cover would say something that would continue on inside--I considered it a symbolic encouragement for opening the book. 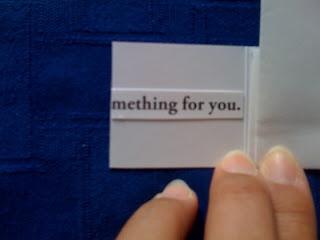 I then turned my attention to my brother's mail. As I couldn't cut up the contents, I knew I'd have to do something with the envelope: 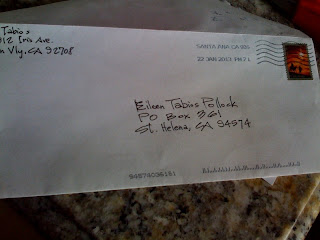 I cut the top of the envelope so it would fit within the book size as determined by the front cover. 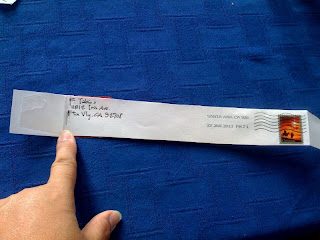 I then folded the strip of paper to create an accordion book, with the following title: 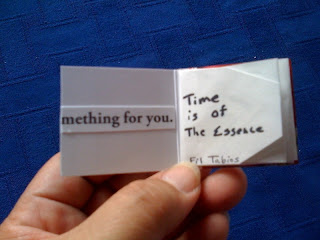 The book opens to a page marked with an arrow to encourage the reader to pull out the accordion page: 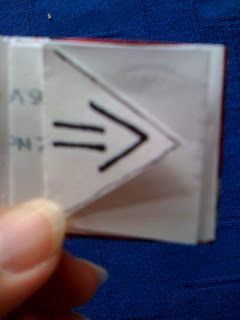 The book, thus, opens to reveal the following: 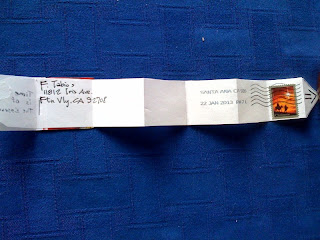 Like I said, graphic design.  No need for me to create new words!  The interior content itself reflects something I had been awaiting urgently, and the white span between my brother's name and address (left corner of envelope) and the stamp denoting the mail sent to me (right corner of envelope) symbolizes the time required for me to receive this particular bit of mail.  (FYI, there had been some theft in the neighborhood so the first time my brother sent me the form, it was stolen by a thief and he had to resend the form again.)

Now, where shall we "shelve" my brother's book?  But of course!  This whole process was such play that I'll have to shelve the result on Mary Scheller's "Gamer Chair"! 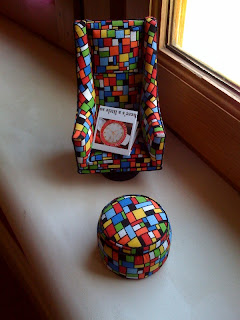 Hm. I supposed I should go tell my brother he wrote a book ...